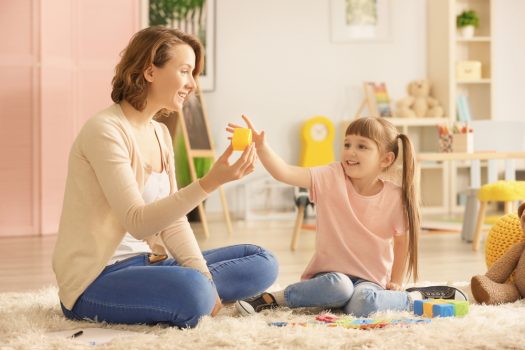 I'd like you to meet Eliza. She's a single mum with a 6 year old daughter.

Her daughter's behaviour is "off the charts".

She is aggressive - both verbally and physically.

When she's angry she can be destructive and damages the house.

Eliza works full-time and her daughter goes to before and after school care, 5 days a week.

She feels that she is not around enough to help be a positive influence on her daughter.

She also feels that her daughter is not socially thriving at school (kindergarten).

Eliza doesn't know what to do. She feels she doesn't have many parenting role models.

Her own father was an abusive alcoholic and her mother suffered chronic depression. Eliza says sadly "I basically raised myself".

Eliza came to me as she is ready for something to change.

Through our sessions we came up with 3 strategies for her to start with:

1. Make time for connection twice a day - Trusting her mummy instinct, Eliza wants to rekindle her relationship with her daughter. She comes up with a plan of spending 10 minutes every morning before they leave for before school care and 10 minutes when they come home at night.

This will be strategic play utilizing Attachment Play, child-led strategies

2. Focus on the positive - Rather than spend all her time with her daughter focused on the "bad" behaviour, Eliza was to start verbally praising her daughter for all the good moments of their day - from all the small things to the big things.

3. Within herself, Eliza and I worked through her feelings towards her own mum and dad. Over a couple of sessions we worked on letting go of the negative influence they were still having on them. There was some level of forgiveness but mainly it was about detaching and gaining her own confidence back.

Over the next few weeks Eliza's daughter's behaviour improved dramatically.

She still got angry but no longer lashed out and destroyed the house.

Everyone's happy again and looking forward to the future as a strong mother and daughter team.

Back To Case Studies Home Page